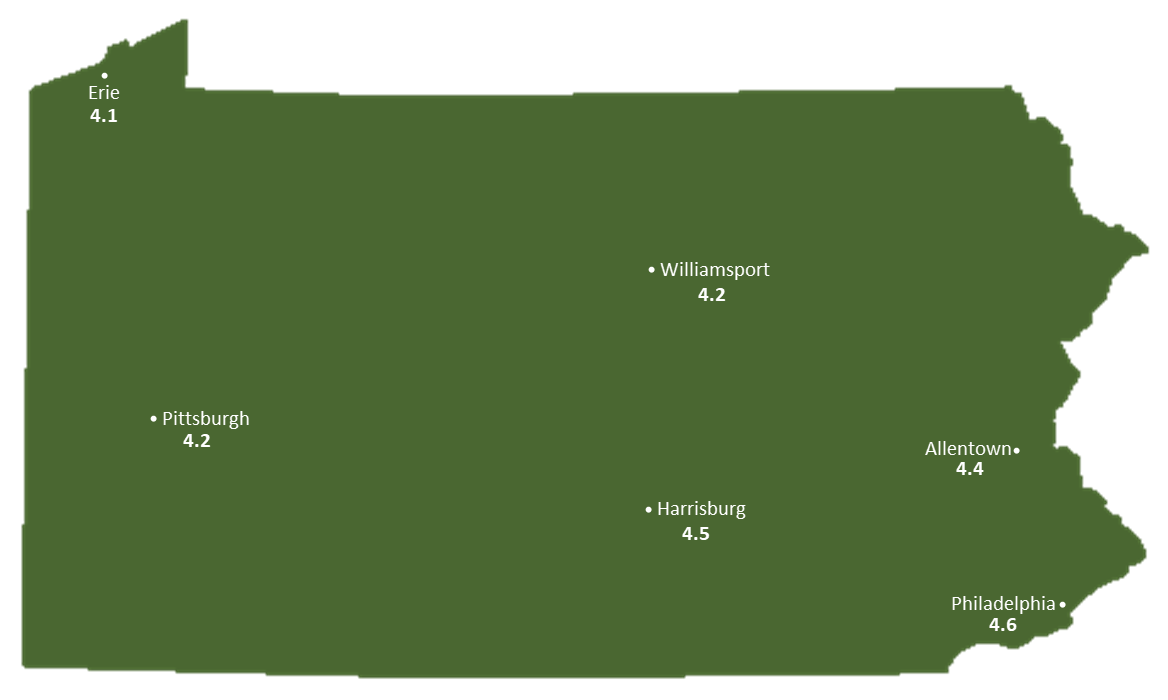 Pennsylvania ranks very low in average peak sun hours per day in the United States, but that does not mean that there is not enough sun to use solar power as an alternative source of energy in the many great cities of the keystone state.

Philadelphia receives the highest average of daily peak sun hours, being located in the South and Eastern tip of the state. But other cities, like Pittsburgh, and Erie along the lake still receive high enough peak sun hours to make a solar a legitimate source of renewable energy.

Net metering is available in Pennsylvania, and the local government has set in place a plan and incentives to mandate certain usage of renewable energies over fossil fuels in the future. Pennsylvania, a beautiful and historic state in the United States with such a crucial historical impact is slowly doing its part to realize the advantages of solar power.

Using averages from a fixed solar panel, there are 3.91 hours of peak sun light across the state of Pennsylvania. This number would vary if you were using a 1-Axis or 2-Axis tilt panel.

Taking the average daily sun light hours works well for looking at long term calculations in your area. On a daily basis this number will fluctuate due to several outside variables. For example, on a cloudy day in the winter this number would be low, but on a sunny day in the summer this number could be much higher. Looking at an average will help you calculate and plan for the output and best hours of solar insolation you can expect from your solar panels in Pennsylvania throughout the year.

More Information for Cities in Pennsylvania

See all cities in Pennsylvania