Understanding how a solar panel works requires a close look at the atomic build-up of photovoltaic cells.  There are a few different types of solar energy systems, but for the last several years photovoltaic solar power (PV) has been the most common form of technology to capture solar energy and convert it into electricity.

To start off we need to take a close look at the atomic building blocks of silicon.  Silicon has 14 positively charged protons and 14 negatively charged electrons, and room for 4 more electrons on it’s outer energy level.  These 4 extra spaces for electrons make silicon unstable when an atom is all alone.  To become more stable by filling the vacant electron spaces, silicon atoms attach themselves to 4 other silicon atoms to get the 4 extra electrons that each atom wants, thus forming a stable crystal lattice of silicon atoms.  A crystal lattice of attached silicon atoms has no net charge.  To eventually create electricity we need a charge, so something else needs to happen in order to release the electrons from the silicon atoms.

Adding impurities to the silicon, a process called doping, is the technique used to help separate electrons from silicon atoms and is a crucial thing to understand when learning how solar panels work.  Phosphorous is commonly used in the doping technique because it has 5 electrons in it’s outer energy level, and when it is introduced to a silicon crystal lattice, the extra fifth electron will be left out and have nowhere to go.  To give this extra electron somewhere to go, we introduce another impurity by doping silicon crystal with boron.  Boron has 3 electrons on its outer energy level, so when it is combined with silicon there are empty spaces where electrons could be, but are not.  The empty spaces in the boron outer level are called electron holes.

Phosphorous doped silicon is know as n-type because of the extra negative electrons, and boron doped silicon is known as p-type because of the extra positive holes.  Many modern photovoltaic cell solar panels are exactly this, a combination of p-type and n-type silicon impurities.  Since neither type has any electric charge on it’s own, the two types are placed together and an electron will jump from the n-type side to fill in a hole on the p-type side: a negative charge is created on the p-type side and there is a positive charge on the n-type side, because now there is one less electron.  This happens several times until there is an electron equilibrium.

After construction, when a photon of light from the sun at the desired energy and wavelength hits the solar panel, an electron that is now on the p-type side of the p-n junction is instantly hit with a jolt of energy from the sun’s photon, and in it’s energized state wants to move back to the n-type side, but is hopefully intercepted by the electric conductors and converted into an electric current.

To summarize, a solar panel works by using a photon of light from the sun to excite an electron in a silicon doped panel.  This electron becomes excited and tries to move to the other side of the panel, but is intercepted by an electric wired conducting channel.  The electron that finds itself in an electric conducting channel becomes an electric current.  This current is then converted into usable electricity.

A majority of commercial solar power panels will operate at an efficiency rate of 15% meaning that around 15 of every 100 photons will send electrons into the electric circuit.  The other 85 may be absorbed as heat or reflected back towards the atmosphere.  There are a lot of different factors that effect electrical output of solar power panels including the size of the panel, the materials used, the amount of sunlight, and the location of the panel.  But, a standard 2 foot by 4 foot (8 square feet) solar panel will produce about 80 watts of electricity on a sunny day or about ⅓ kilowatt hours per average sunny day. 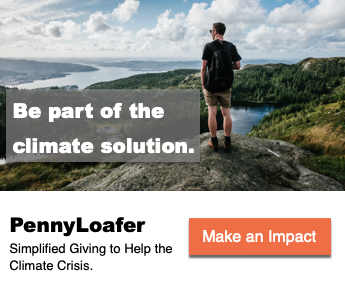