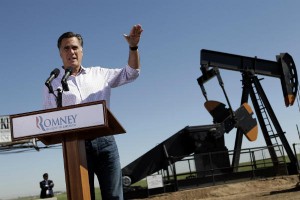 Romney’s campaign has confirmed this week that it will put an end to long-standing tax credits for wind farm projects when the debate is set to resurface later this year.

If republicans secure the white house the wind energy sector of the United States, which has become the second biggest wind energy market to China with the help of these tax credits, will take a big hit as the credits would be set to expire.

Romney believes that the wind energy market will still thrive in a free and competitive market, and that a competitive equilibrium will follow and allow all energy sources to compete fairly without government interference.

Non Romney supporters like to point out that he plans to extend over $40 Billion dollars of subsidies and tax breaks towards oil and gas, which are subsidies that Obama wishes to see phased out.

Romney has been called out as a flip-flopper before, this time on energy.  Again, when he was governor of Massachusetts, Romney supported a number of clean tech and renewable energy firms.

Wind energy firms are beginning to slow production until the results of this years election are in.  Potential mass layoffs, and cancelled future wind projects are on the horizon in the wind energy sector if Romney is elected.

The choice is in the voters hand.  The United States and it’s stance on energy will head in two different directions depending on who is elected this November.